The most popular cloud mining services sell contracts for a set amount of mining hashrate per dollar for a predetermined amount of time. The customer holding the contract is given the rewards generated by the purchased hashrate after the deduction of the cloud mining service’s fees. These fees include electricity, cooling, hosting, and maintenance.

Many customers find that their contracts produce returns for the first few months or so, but as the difficulty of mining the cryptocurrency goes up, their hashrate earns less and less rewards. Eventually, the rewards returned by the contract’s hashrate are less than the cloud mining service’s fees. When a contract no longer turns a profit, the cloud mining service invokes a clause in the contract that allows them to terminate contracts unable to pay their fees. The customer feels cheated because they were advertised high returns but they didn’t read the terms carefully and now they are receiving little to no returns for their so-called investment in cloud mining. 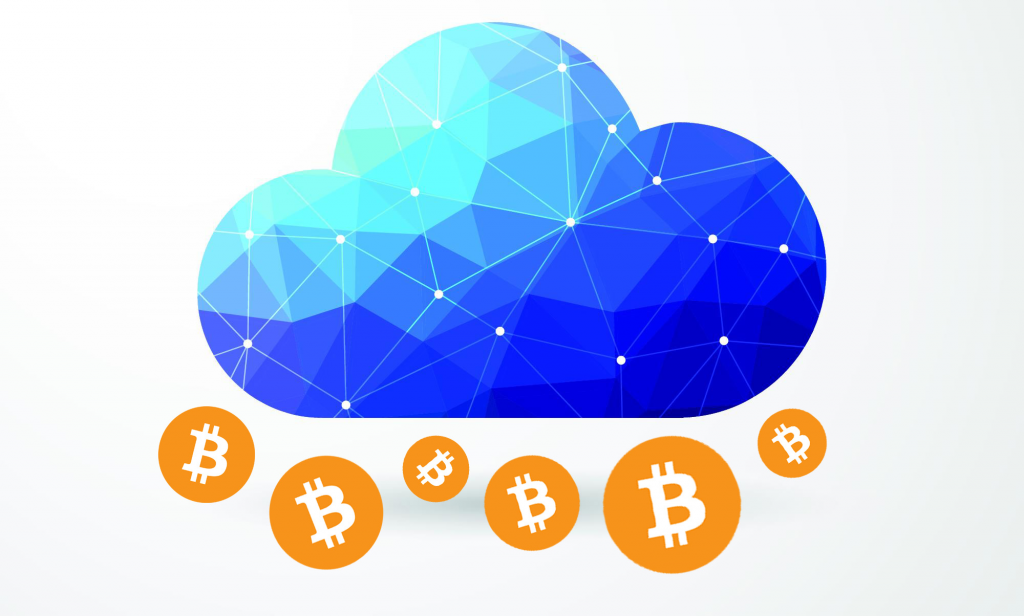 Historically, cloud mining services have been notorious for being dishonest. Some cloud mining schemes simply act like a Ponzi scheme, paying old customers with the money from new customers. These services often offer ridiculously high return rates in order to entice you into ignoring the fact they have zero transparency. They hide or obscure the facts and figures relating their business like the total number of customers, total hashrate of the service, the method of calculating or distribution of mining rewards. Customers are left high and dry as the cloud service runs away with their money. Did they ever mine coins? Where were the mining facilities? Who was in charge of the service? These and many more questions are all that the victims of the scam are left with.

HydroMiner solves the woes of cloud mining services by providing an honest mining service with the utmost transparency. To let investors participate, HydroMiner is hosting a token sale for their ERC20 token on the Ethereum network.

Each token will entitle its holder to the mining rewards for a single watt used. By issuing the rewards per watt instead of per hashrate, HydroMiner will generate and distribute mining rewards evenly. When HydroMiner’s model is compared to historical data of its competitors’ models, it is easy to see how HydroMiner’s return would sustain itself despite the increase of mining difficulty. 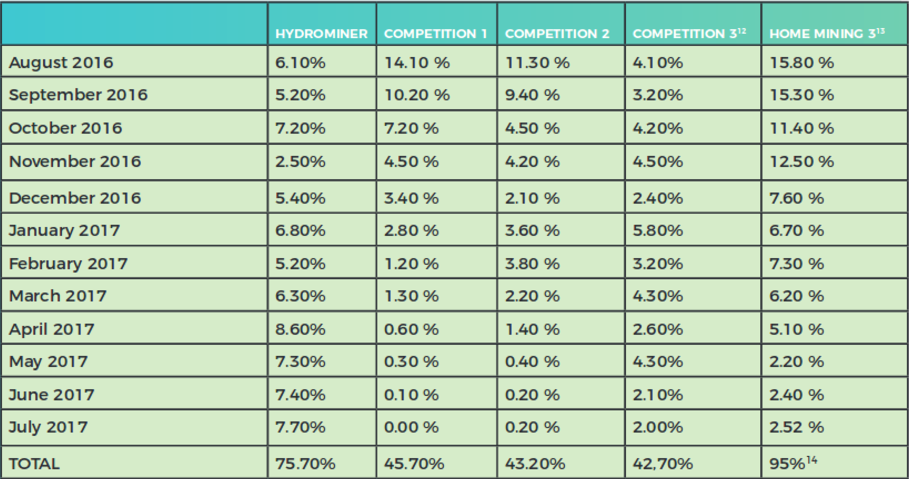 The data has been collected from customers of Genesis Mining, Bitcoin.com, hashing24.com in various contracts for Bitcoin and Ethereum Cloud Mining.

HydroMiner also has other advantages over its competitors. HydroMiner is launching its mining facilities in an ideal hosting environment, inside or next to a power station and a river, and usually in a cool environment in the Alps. The utilization of hydroelectric power plants provides HydroMiner with one of the cheapest electrical cost in Europe.

What Does HydroMiner Mine?

HydroMiner in the Press

Listening to Our Community

Back with a Boom… And Looking Forward To Token Sale

HydroMiner Will Be Listed on COSS